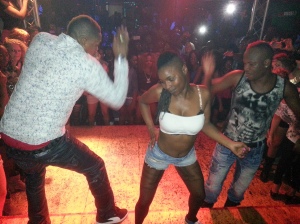 NEW YORK, USA (Shuzzr PR) – After embarking on their ‘Bangers European Tour’ over a month ago. Top Tier Dancehall act ,RDX, got a bit a of a scare as they were involved in a vehicular accident in Amsterdam.

This unfortunate accident couldn’t daunt the spirits of Dancehall’s most energetic act or slowed the movement down, as they were determined to not just complete the tour but spread the Jamaican culture to fans across Europe and other parts of the world. As the energy surged, RDX audience grew as fans came out to see the Delomar and Renigade perform hits after hits, dispelling speculations and cementing the notion of their ‎‎supremacy .

The Bangers European Tour had stops in places such as London (UK), Montpellier and Toulon France, Colbar, Germany‎, Reunion Island (close to the south of Africa) and Amsterdam, Netherlands. The reach of dancehall music was to no bounds as RDX over the years has been pivotal in championing the “True Dancehall Movement” and as such, its has resulted in them performing in Mayotte Island ‎& Katowice, Poland, making them the 1st Dancehall artiste to ever perform there.

Renigade states ‘its an amazing feeling bringing the culture to various parts of the world… we took the road and the ‎feeling was overwhelming people like crazy, females just a jump and Kotch fi di joy… plus hearing French speaking countries sing dancehall songs is impressive’.

Delomar added ‘we had to take boats to one of the show them and when we reach the little island it was pure energy and love’.

‎While being trend setter or game changer isn’t nothing new for RDX‎, they are always cognisant and appreciative of their fans that extend beyond the shores of Jamaica.

RDX next stop will be banging out hit after hit in Freeport, Bahamas at “Kotch Christmas” in Club Amnesia. 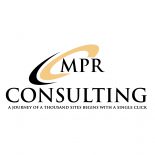